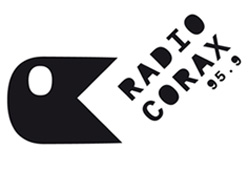 Radio Corax is a non-commercial local radio station in Halle/Saale that has been broadcasting since July the 1st 2000 with a twenty-four-hour seven-days-a-week license. But the association holding the radio license – Corax e.V. – was founded in 1993, when a group of people developed the idea to make radio instead of printed newspapers and magazines. They took the idea of community radio existing in different regions in Germany and discovered that there was no existing media law in the state of Sachsen-Anhalt allowing the existence of community radio stations. So they started a campaign to implement the third sector of community media into the media law of Sachsen-Anhalt. After five years of lobbying and campaigning, the goal was achieved and Corax e.V. could apply for a community radio license. Two years later Radio Corax went on air and has been broadcasting until today without stopping. Today almost three hundred volunteers are working at Radio Corax for their individual radio shows or for the common radio programmes, either in teams or as single players. The programme consists of daily actual magazines, special political social or environmental magazines, music shows of any kind and radio art.

To deal with historical questions and topics in the programme seems to be a self-imposed task for Radio Corax from the beginning. Mostly in terms of interviews and talks with experts, the programmes reflected on the German role in European history mainly in the 19th and 20th century. In different history projects programmes focused for example on the remembrance of victims of the national socialists and their biographies in the project “Hörstolpersteine”  or a group of pupils carried out a research on the case of Belgium resistance fighters who were killed in Halle during World War II and produced a radio feature about it.
A long time history project of Radio Corax was and is the so called “Wendefokus”. This is a radio talk serial dealing with oral history. The idea behind it is to talk to people reflecting on the time of the change in Eastern Germany 1989/90, talking about their individual experiences, memories and estimations and conclusions. The idea came up when the 20th anniversary of the fall of the iron curtain and the peaceful revolution was knocking on the door in 2009. The official version of history seemed to be telling that the only task of the people in the GDR was to bring down the system to get a unified Germany. But no one asked about the visions and the utopias of people during the period of a falling system, a falling country and the becoming of the unified Germany. In the program of “Wendefokus”, we talked to people of different social origin, age and political opinion; to people who were deeply involved in the political opposition as well as to the representatives of the GDR and even to the “normal GDR-citizens”. Since the beginning of the “Wendefokus”, we carried out more than one hundred oral history talks as well as background and analysis interviews on the topic of the change.

Projects for the Grundtvig project “Oral History – Memory under construction”

For the Grundtvig project, we used the 25th anniversary of the change to reproduce the Wendefokus. We therefore interviewed more than 40 people who we haven’t had a chance to interview before. During long conversations, we asked them about their reflections of the changing time and their opinion about the remembrance these days. These interviews are directly connected to the long-term project Wendefokus. To get personal reflections and memories of the time of the change, we used the method of oral history. The project workshop in Hannover about oral history enriched us with some helpful information for dealing with our interviews. For our Bilateral visit, we took the idea of the “Wendefokus” to our project partners in Slovenia, Radio Študent. Since Slovenia is a country with a similar socialistic past, we were interested in the change of the political system of Yugoslavia in the 1990’s on the one hand and in the separation and state building process on the other hand. We produced issues about the historical facts, the development of the alternative culture in Ljubljana with the example of Metelkova, as well as about the avant-garde of the Slovene contemporary art in the eighties and nineties.