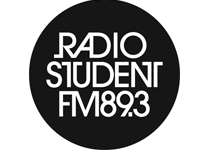 6. Reception, Acceptance and Sheltering of Refugees from Bosnia and Herzegovina in the 90s

During the 90s war in the Balkans between 35 and 70 thousand refugees fled to Slovenia from the war areas, mainly Bosnia and Herzegovina. Slovenia provided them with basic care and enabled them survival away from the war zones, as dictated by international obligations and standards that Slovenia committed to. In the final broadcast of the Grundtvig project we have gathered the memories of Danijel Osmanagić and Anica Mikus Kos, president of the Slovenian Philanthropy, of how they remember the reception, acceptance and sheltering of until recently fellow citizens of Yugoslavia who became refugees in the 90s war turmoil in the Balkans. As the state of refugees in nowadays Europe is uncertain and the number of refugees is really high and seems uncontrollable in the eyes of European politicians, we have dedicated this broadcast to the memories of the past when giving basic care and enabling survival away from the war zones was possible for tens of thousands of refugees and that is in Slovenia only.

5. The Art of Nineties: Fragments

If we are looking back at the nineties art scene in Slovenia, we could conclude that nineties art scene operates in the shadows of the famous eighties which are now being institutionalized and even commodified. This is a problem on its own, that’s why there is a need to destabilize the image of the past. Best way to do so is to try to reconstruct the nineties art scene through protagonists` own memories. Some protagonists  even started to speak of nineties more and more in terms of second art explosion, first beign the sixties. The broadcast follows different lines of memories not to construct a whole image but to show some important and often contradictory historical events. That’s why we named the broadcast: Fragments. And that’s why the “art of the nineties” – following our method – could be read in two ways: as »oral memory of the art scene« (both institutional and especially non-institutional) in the nineties and as »nineties as an art project«, in other words as a period on which we still have to construct our memories about. We have spoken with many protagonists of Slovenian art scene in the early nineties and collected some specific fragments.

4. Thus we were reformed in the 90s: Student organisation of Slovenia

Slovenia and Yugoslavia have rich history of student movements and different political levels of institutionalized student organizations. In contrary to some previous institutions which were part of Yugoslavian political nomenclature and in contrary to student protests in sixties and seventies – wich were well archived and documented – transformation of socialist youth and student organization to so-called autonomous Student organization of Slovenia in the early nineties is almost forgotten and inadequately documented. There is no single serious study about this transformation, which affected students` politics to the point that – because of ineffective and corrupted student organization – most of the students` life became highly depoliticised. We try to unveil some memories of the most important years of this transformation with people who were responsible for institutional reformation of previous Yugoslavian youth and students organizations called »Republic Conference of Association of Socialistic Youth of Slovenia« and »University Conference of Association of Socialistic Youth of Slovenia«.

3. Thus was eaten in the 90s: When McDonald’s came, we didn’t even notice!

Third show focused on another forgotten and still non-archived memories of the micro-political transformations in the context of postsocialistic 90s: politics of food. For example: there are some serious cultural studies / analyses about nationalistic ideologies based around famous food called “burek”, but our show focused on another event: arrival of McDonald’s in Slovenia. We propose a hypothesis that arrival of first McDonald’s presents a crucial rupture in peoples` experiences of fastfood culture in Slovenia. But we were at the same time right and wrong: as collected memories show – for those who have experienced McDonald’s arrival, not much has changed, but for those who were born after it, it created the image that before McDonald’s there was nothing worth mentioning. Memories were collected from people of different age groups and from people with different “engagement” in the fast food culture in Slovenia.

2. Thus the 90s were heard: Emergence of rave culture in Slovenia

In the context of music and pop-culture, we cannot think 90’s without thinking about rave movement. This is a specific challenge because of many reasons: the main archives were audio-cassetes, that are mostly totaly forgotten today. Rave-culture is mostly non-verbal: there are not many texts, not many manifests, not many articles about it. To make things even more complicated, journalists decided to concentrate only on the beginnings of the rave culture, on the years between 1990 and 1995, before the rave movement became a mass movement. We have spoken with the pioneers of the rave movement in Slovenia: DJ’s, promoters and organizers.

First show explores the phenomenon of Neo-nacism (which also appeared in Slovenia in the 90’s) in two different contexts, in Austria and in Slovenia. Broadcast was namely partially based on a bilateral visit of Radio Študent`s team at Radio Fabrik in Salzburg and diverse interviews with connoisseurs of the topic in local, national and international context.