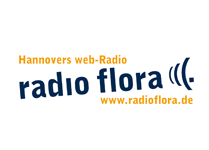 Reading of extracts of a young girl’s diary between 1914 and 1918. She was 12 years old, when the First Worldwar started and 16 years at the end of the war

Apart from the extracts of the diary we included parts of war-songs and other musical impressions from those times. The text is an example of the development from enthusiastic patriotism and support of german warfare towards a position of convinced pacifism and objection to war.  We have to make the note that the reading maintains expressions which are inconsistent with the political correct linguistic level of these days.  The reading ends with the anti-war-song “Der Graben”. Lyrics: Kurt Tucholsky. Song: Ernst Busch.                                Source: Jo Mihaly:

‘Oral History’ is an important method to get to know, what you don’t find in documents, newspapers or other historic sources. This is true above all for those people, who have not reached official honour: the so called ‘ordinary people’. And it even more applies to women. They are usually forgotten – even in alternative historiography. Therefore interviews and the analysis of interviews were used, to give a voice to those, who otherwise were usually not heard in the history of antifascist resistance during the NS-time: social-democratic, socialist and communist women, who did important work, but were not seen or heard much. With the theoretical und practical concept of gender-based division of labour the significance of women could be shown. Without them resistance in the NS-time would not have been possible. In the radio-flora-show “Magazin International” from May 25th  of 2015 was broadcasted the reading of parts of Brunhild Müller-Reiß’s investigation about antifascist women in Hannover. The programme ends with the italian antifascist song “Bella Ciao”.

The so called Radikalenerlass of 1972 – a decree banning members of communist organizations from civil service jobs – led to an in western Europe unparalleled prosecution of alleged „enemies of the Constitution“. This included teachers, train conductors, mail wo_men, and others. The German Federal Office for the Protection of the Constitution spied on and checked 3.5 million people. Due to the decree 11,000 lawsuits seeking occupational bans were filed and 1,500 people lost their jobs and the material basis of their existence. The decree and the lawsuits had one distinct goal: the political intimidation of civil servants. Today Lower Saxony’s state parliament is ready to face this dark chapter of history. But there are difficulties even at the beginning of this process…

The former area of the Continental Rubber factory in Limmer is in the process of getting redesigned: the old manufacturing plant has been torn down, only a small part is still standing and that is subject of discussions about its further use. The plan is to build there a residential area called “Watercity”. When this plan comes true, the memory of the former women’s concentration camp of Limmer will literally be filled. Since 2008, a group of persons has been investigating the history of this women’s KZ and demands the construction of a memorial for the women’s concentration camp in Limmer. More information about the work, projects and events of the Arbeitskreis under: www.KZ-Limmer.de
The Continental-Rubber-Company was founded in 1871 with its headquarters in Hannover and it took over of the plant of the Excelsior Pneumatik-Company in Limmer in 1928. From June 1944 to the beginning of April 1945, an external camp of the main concentration camp of Neuengamme existed on the grounds of this Continental Rubber Factory. More than 1000 women were interned there, most polish and french prisoners, captured by the Germans as activists of the french resistance or survivers of the uprising of Warsaw in 1944, but also women from Belgium, Luxemburg, USSR and Spain. They had to do hard labour in the factory. This radio broadcast is dedicated to the women detained and maltreated in the concentration camp on the ground of the Continental Rubber Company, remembering their torments, but also their struggles and survival strategies.

Past and presence of a German war crime.

On April 26 1937 during the Spanish civil war the Basque town Guernica was almost completely destroyed by the Legion Condor of the German air force. This crime against the civilian population of this undefended town was followed by international outrage. Under the impression of this elimination Pablo Picasso created his probably most well-known painting „Guernica“. Until today this has turned Guernica into a Symbol for fascist terror and the horror of airborne war. Some of the perpetrators who supported the military coup against the elected republican government in Spain had been trained at the air bases of Langenhagen, Wunstorf, and Delmenhorst. About 70 percent of Legion Condor’s bomber and intelligence units were from Wunstorf.                    In this feature the history and military consequences of the destruction of Guernica are reconstructed. It is also about the longtime cover-up of a war crime by Germany.

100 years ago : The beginning of World War One … and the worship of heroes in Hanover

100 years ago : The beginning of World War One … and the worship of heroes in Hanover

100 years ago World War One started. The historian George F. Kennan called it „the great seminal catastrophe of the 20th century”. The preparations had been started many years before the beginning of the war. Germany bore great responsibility for this first industrialized war, in which the entire population was involved. In the broadcast the author seeks to shed light on the reasons for World War One and the present discussion about the responsibility of the German elite for this war. The broadcast also deals with the Hanoverian hero worship for Otto von Emmich, a German general who was responsible for monstrous crimes against Belgian civilians in the very first days of war.